Sleek Makeup recently launched the Nude Collection that consist of a divine eyeshadow palette, a blush and a pout polish.
The divine palette is called Au Naturel and its is (as all divine palettes) has 12 eyeshadow and a 2 sided sponge brush. It has all the basic colors to create the nude/natural look. The palette’s size is fairly small comparing to MAC‘s palettes, i was a bit shocked when i first saw it because i didnt ever notice the original size on the website. But its very cute, and you can put it anywhere even inside your handbag, its pretty handy and doesnt take alot of space in my make up drawers.
The quality of the eyshadow isnt as good as MAC‘s, you should know that this palette costs $10.50, so you will get what you pay for, there is alot of fall outs, it is even obvious in the pictures and i havent used it yet, so imagine what its gonna look like after its been used (on my next post i will show you all my Sleek Makeup collections, and how much fall outs i have in one of the palettes). I noticed the fall outs comes more from the shimmery eyeshadow and not the mattes. So dont think of ever using the eyeshadow without an eyeshadow primer. 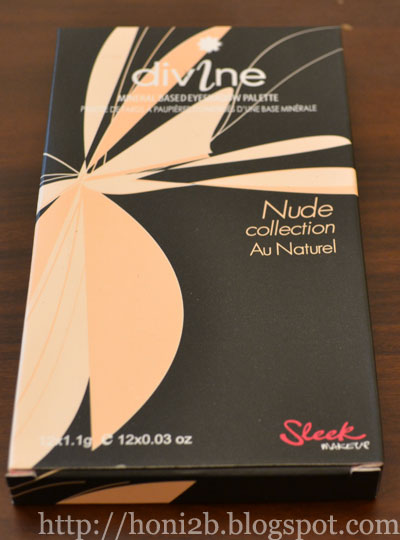 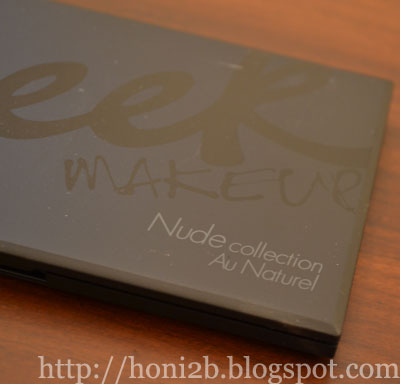 The second item is the blusher, its called Suede and its very pigmented, it kind of reminded me of Illamasqua blushers where you only have to use as minimum as possible, you dont have to sweep the brush, just dap its tip and this will be more than enough, and do it as often as you need if you needed to build up the color. The size is fairly reasonable, a little bit similar to NARS‘s and it looks pretty neat in the photo, no fall outs whatsoever. The blush costs $6.50.
The third item is the Pout Polish, called Bare Minimum and its is very similar to MAC‘s tinted moisturizers and also has an SPF15. This PP doesnt have any color, it works like a regular lip moisturizer, it helps condition chapped lips. It contains jojoba, avocado and sweet almond oil, and it smells really yummy, like a vanilla scent. The PP costs $6.50.
I’ve never purchased any PP from any previous collections, but i thought of trying this one because i first thought that it has a stronger color, like a gloss or so, but its not, its as nude as it can be.