L’Oréal Paris creates its first 4D effect mascara Lash Architect 4D to give a lengthened, volumized and curved lashes. I was amazed from the first use, i almost forgot how good thin wand can be since i have been using the thicker one in the past year. This mascara truly curves and lengthens lashes in just one coat but i like to pile up coats to give more dense look. I have to admit that the shape of the wand is a bit weird, i first though that mine was damaged or something, and the only thing that convinced me it wasnt because it was sealed, so i am pretty sure nobody opened it only if its damaged from factory. Another thing, the wand is kind of weird looking, it looks thing from the tip and gets a little bit bigger by the end, its also very long and kind of twisted and bent a little bit. When i watched its photos on the web i was convinced that mine was correct in shape and this is how it actually looks like. 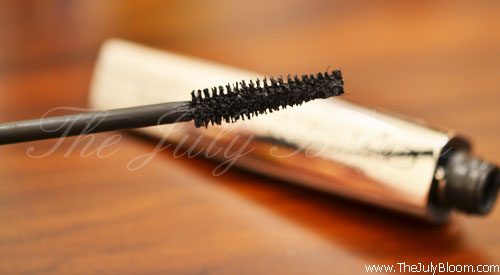