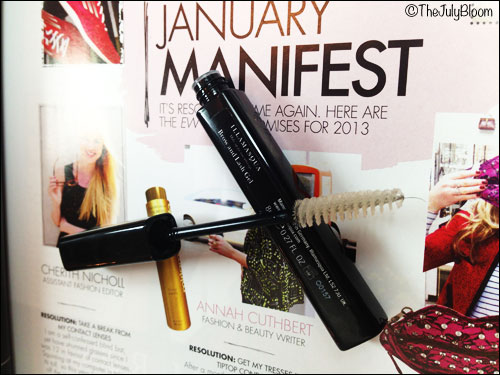 I have heard alot about Illamasqua’s Brow and Lash Gel that i had to buy it, i never really used brow gels before until recently when i purchased the Brow Duo by Sigma a couple of months ago and i didnt really like it that much, mainly because the brush was too big, Illamasqua‘s one is smaller which gives me more control. Sigma’s wand was also too big since it has two brow gel sides, one is clear which i usually use and the other one is tinted which i used only ones and didnt like because the tinted product had shimmer.

I never really felt that Sigma product put my lashes in place until i used the Illamasqua one, after applying the product i can feel the effect of the gel on my lashes, they feel kind of hard and put in place, almost the same feeling after applying a hair gel or mousse on the hair and hardens it a bit. I believe it is good especially for those girls who dont really do their eyebrows but they want to keep them neat and put in place instead of having them moving during the day. 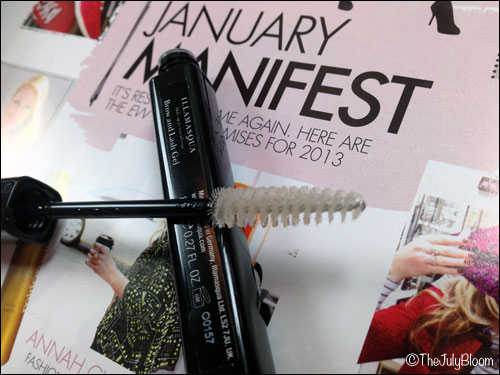 But i still dont understand how this product can be used a brow and lash gel, i would never put the product on my eyes (as in normal clear mascara) after applying it on my brows, the brush will pick up some product and as you can see in the picture the brush is a bit brownish from the product. Maybe the product is meant to be for either brow or lashes and not together using the same brush.