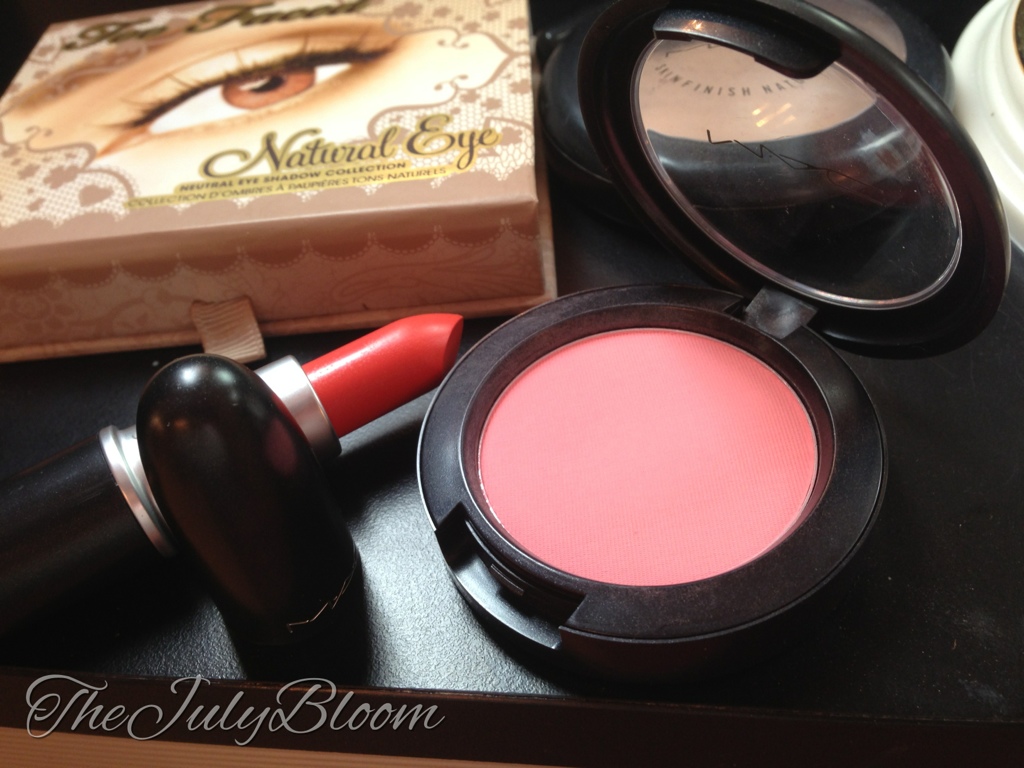 Recently, MAC launched a collection called All About Orange, most of the collection are of orange-y shades, i didnt pick much, i only got one lipstick called Tart n Trendy and it has a Lustre finish and one blush called Royal Sunset.

I have ordered them from Nordstrom, as you know MAC launches the collections pretty late in the Middle East comparing to US and Europe, i believe around 2 months later or so.